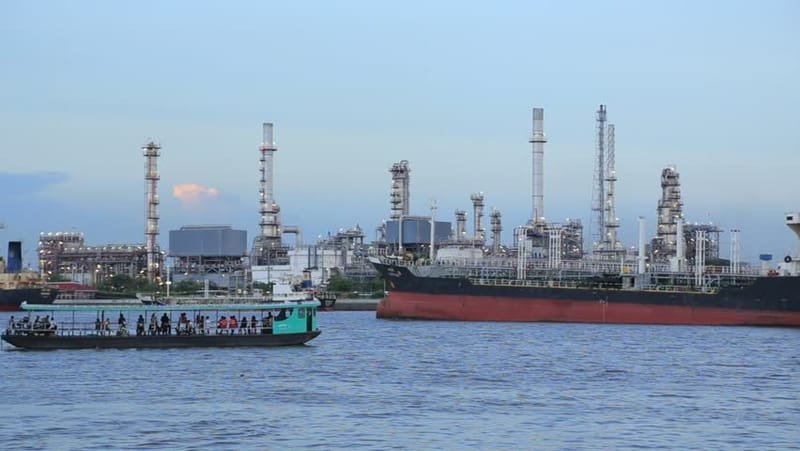 The trading team are competent in trading a variety of Oil and Gas products to physical traders and end users.  The team work with a wide network of clients and suppliers in providing them with the best quality of oil & petroleum products, backed by seaborne and logistical support provided by Eastern Ocean Tankers give them access to the complete package  including the oil tankers and proper storage facilities in tank farms around the world. The trading team work hand in hand with Eastern Ocean Tankers Ltd to engage in the marketing and trade of crude oil, natural gas, refined petroleum products, liquefied petroleum gas, as well facilitation of transportation and logistics services.

Working together alongside a dedicated trading team allows Eastern Ocean Tankers to succeed in the vital development of partnerships and consumer confidence in the crude oil and petroleum products markets, by our company's compliance with international standards, and through the enhancement of intellectual and production potential of the Company.

Crude Oil
Crude oil is a naturally occurring, unrefined product composed of hydrocarbon deposits and other organic materials. A type of fossil fuel, crude oil can be refined to produce usable products such as gasoline, diesel and various forms of petrochemicals.

Crude oil varies greatly in appearance depending on its composition. It is usually black or dark brown (although it may be yellowish, reddish, or even greenish).

Diesel or diesel fuel is a specific fractional distillate of fuel oil (mostly petroleum) that is used as fuel in diesel engines.

Diesel is produced from crude oil, and is sometimes called petrodiesel when there is a need to distinguish it from diesel obtained from other sources such as biodiesel. It is a hydrocarbon mixture, obtained in the fractional distillation of crude oil between 200 °C and 350 °C at atmospheric pressure.

Fuel Oil
Broadly speaking, fuel oil is any liquid fuel that is burned in a furnace or boiler for the generation of heat or used in an engine for the generation of power, except oils having a flash point of approximately 42 째C (108 째F) and oils burned in cotton or wool-wick burners. Fuel oil is made of long hydrocarbon chains, particularly alkanes, cycloalkanes and aromatics. Fuel oil may also be referred to as heavy oil, marine fuel or furnace oil. It is a fraction obtained from crude oil distillation, either as a distillate or a residue.

Mazut
Mazut is a residual fuel oil often derived from Russian Crude Oil sources and is either blended with lighter petroleum fractions or burned directly in specialized boilers and furnaces. It is also used as a petrochemical feedstock.

Jet Fuel
Aviation fuel is a specialized type of petroleum-based fuel used to power aircraft; it is generally of a higher quality than fuels used in less critical applications such as heating or road transport, and often contains additives to reduce the risk of icing or explosion due to high temperatures, amongst other properties.

Civil Jet Fuels
Aviation turbine fuels are used for powering jet and turbo-prop engined aircraft and are not to be confused with Avgas. Outside former communist areas, there are currently two main grades of turbine fuel in use in civil commercial aviation : Jet A-1 and Jet A, both are kerosine type fuels. There is another grade of jet fuel, Jet B which is a wide cut kerosine (a blend of gasoline and kerosine) but it is rarely used except in very cold climates.

Jet A-1
Jet A-1 is a kerosine grade of fuel suitable for most turbine engined aircraft. It is produced to a stringent internationally agreed standard, has a flash point above 38°C (100°F) and a freeze point maximum of -47°C. It is widely available globally. Jet A-1 meets the requirements of British specification DEF STAN 91-91 (Jet A-1), (formerly DERD 2494 (AVTUR)), ASTM specification D1655 (Jet A-1) and IATA Guidance Material (Kerosine Type), NATO Code F-35.

Jet A
Jet A is a similar kerosine type of fuel, produced to an ASTM specification and normally only available in the U.S.A. It has the same flash point as Jet A-1 but a higher freeze point maximum (-40°C). It is supplied against the ASTM D1655 (Jet A) specification.

Jet B
Jet B is a distillate covering the naphtha and kerosine fractions. It can be used as an alternative to Jet A-1 but because it is more difficult to handle (higher flammability), there is only significant demand in very cold climates where its better cold weather performance is important. In Canada it is supplied against the Canadian Specification CAN/CGSB 3.23

Military
JP-4
JP-4 is the military equivalent of Jet B with the addition of corrosion inhibitor and anti-icing additives; it meets the requirements of the U.S. Military Specification MIL-PRF-5624S Grade JP-4. JP-4 also meets the requirements of the British Specification DEF STAN 91-88 AVTAG/FSII (formerly DERD 2454),where FSII stands for Fuel Systems Icing Inhibitor. NATO Code F-40.

LPG
Liquefied petroleum gas (also called LPG, LP Gas, or autogas) is a mixture of hydrocarbon gases used as a fuel in heating appliances and vehicles, and increasingly replacing chlorofluorocarbons as an aerosol propellant and a refrigerant to reduce damage to the ozone layer.

LPG mixes may be primarily propane, primarily butane, or the more common mixes including both propane and butane, depending on the season. In winter more propane, in summer more butane. Propylene and butylenes are usually also present in small concentration. A powerful odorant, ethanethiol, is added so that leaks can be detected easily. The international standard is EN 589.

LPG is synthesised by refining petroleum or 'wet' natural gas, and is usually derived from fossil fuel sources, being manufactured during the refining of crude oil, or extracted from oil or gas streams as they emerge from the ground. LPG is considered a "clean fuel" as it burns cleanly with no soot and very few sulfur emissions, posing no ground or water pollution hazards. LPG has a typical specific calorific value of 46.1 MJ/kg compared to 42.5 MJ/kg for diesel and 43.5 MJ/kg for premium grade petrol (gasoline). However, its energy density per unit volume is lower than either petrol or diesel.

At normal temperatures and pressures, LPG will evaporate. Because of this, LPG is supplied in pressurised steel bottles. In order to allow for thermal expansion of the contained liquid, these bottles are not filled completely; typically, they are filled to between 80% and 85% of their capacity. The ratio between the volumes of the vaporised gas and the liquefied gas varies depending on composition, pressure and temperature, but is typically around 250:1. The pressure at which LPG becomes liquid, called its vapour pressure, likewise varies depending on composition and temperature.

LNG
Liquefied natural gas (LNG) is predominantly methane, CH4, with some mixture of ethane C2H6, that has been converted to liquid form for ease and safety of non-pressurized storage or transport. It takes up about 1/600th the volume of natural gas in the gaseous state (at standard conditions for temperature and pressure). It is odorless, colorless, non-toxic and non-corrosive. The liquefaction process involves removal of certain components, such as dust, acid gases, helium, water, and heavy hydrocarbons, which could cause difficulty downstream. The natural gas is then condensed into a liquid at close to atmospheric pressure by cooling it to approximately −162 °C (−260 °F); maximum transport pressure is set at around 25 kPa (4 psi).
Natural gas is mainly converted in to LNG for purpose of easy transportation over the seas. LNG achieves a higher reduction in volume than compressed natural gas (CNG) so that the (volumetric) energy density of LNG is 2.4 times greater than that of CNG (at 250 bar) or 60 percent that of diesel fuel. This makes LNG cost efficient in marine transport over long distances. LNG is principally used for transporting natural gas to markets, where it is regasified and distributed as pipeline natural gas.

Together we aim for the complete satisfaction of our customers' needs.

For more details of the products and pricing please contact the trading team.